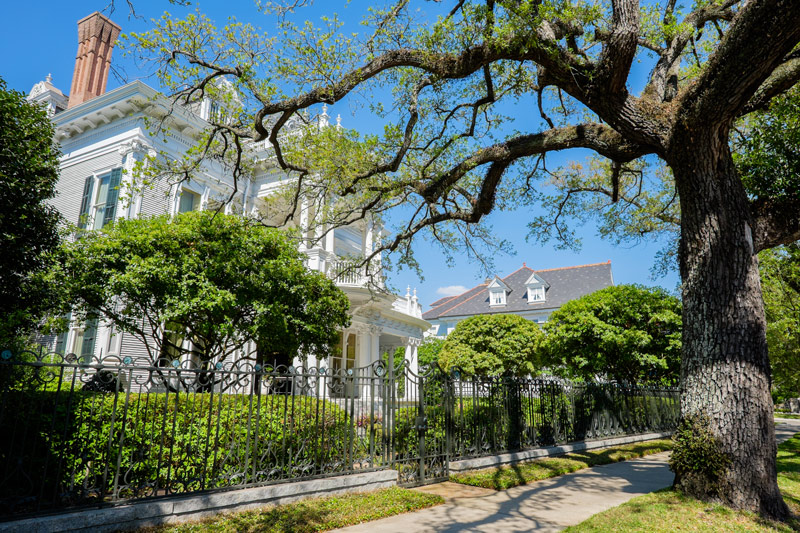 Don’t let the hot temps stop you from eating, drinking, and strutting your stuff through the late summer in New Orleans. From block parties to food and music fests to running in a fancy dress and/or drinking beer for a good cause, August has got something going on every weekend, with the fun spilling into September with the immensely popular Southern Decadence festival over the Labor Day weekend. Celebrate the end of summer and ease into fall with these August and September happenings in New Orleans.

There’s no better time to try out an award-winning restaurant during your visit, or revisit an old favorite, than in August and September. For the month of August the COOLinary dining program offers discounted dining deals at participating restaurants located all over the city, and even stretching as far as Harvey and Kenner.

COOLinary was conceived as a citywide promotion to lure diners to local restaurants during the slower summer months. Over a decade in existence, this annual culinary tradition keeps growing. Dozens of participating local restaurants run the gamut from the iconic to the smaller, more casual ones. Make a reservation today, and bon appetit!

During the month of August, be sure to take advantage of the Museum Month deal, when you can visit any of the participating museums for the price of membership of any one of them. The one-time admission fee to some local museums can run over $20, so this is a great opportunity to explore on the budget. The fees for the smaller museums are probably the best deal, ranging from $30 to $35 annually. You can buy a membership upon arrival.

Satchmo SummerFest remains one of the August highlights and just the respite you’ll need from the summer trifecta of heat, humidity and afternoon downpours. This popular annual festival, traditionally held over the three days of the first weekend of August at the New Orleans Jazz Museum at The Mint (located at the beginning of Esplanade Avenue on Decatur Street in the French Quarter), is easy to navigate and get to. The lineup is always stellar, with the best of the brass bands and the who-is-who of the Louisiana and New Orleans music scenes, and the mixture of indoor-outdoor activities to keep you cool and dancing.

And, don’t forget about the food! As in previous years, dozens of the best local restaurants will be vending everything from crepes to meat pies to snowballs. Festival staples like beer and snoballs also keep returning, in addition to the cocktail stands selling margaritas, spiked lemonade, and mimosas.

Wear plenty of sunscreen. We’ll see you at The Mint!

Started in 1994 in an attempt to attract visitors to that revived area (now known as Arts District New Orleans), White Linen Night has been growing steadily, attracting more visitors and vendors every year. This popular, block-party style art event is held on the first Saturday in August in the Warehouse District, essentially serving as an open house for the galleries clustered on the 300-700 blocks of Julia Street. That whole area is blocked off, hosting several stages for live music and dozens of food and drink stands. About 20 galleries on and around Julia St. are open to the public.

The block party is free (you can buy food and beverage tickets on-site); the annual after-party at the Contemporary Arts Center (CAC) is a ticketed event (free to CAC members). While there’s no dress code, as the event’s name suggests, consider wearing white.

Traditionally held on the second Saturday of August, the Red Dress Run isn’t exclusive to New Orleans, but the local participants take it up a notch by costuming on top of wearing their best and/or most outlandish red dress, regardless of gender. This is an annual fundraiser run for local charities organized by hashing groups (adults-only, non-competitive social running clubs) all over the world. They call themselves “drinking clubs with a running problem” and the local group, New Orleans Hash House Harriers (NOH3), is no exception.

The run starts and ends at Crescent Park at 2300 N. Peters St., though the whole two-mile route is kept secret until the day of the event. The beer starts flowing at the pre-party with live music at 9:30 a.m., and you can usually spot some of the sweaty Red Dress runners spilling into the night later that day. If you decide to run, online registration is available, a red dress is a must, and you must be 21 to participate.

The multi-block party takes over the 200-1000 blocks of Royal Street and some cross streets and adjoining areas in the French Quarter, including Jackson Square and Dutch Alley. Dozens of galleries participate each year, plus a number of shops and restaurants. The food and drinks served, like dirty rice and dirty martinis, cheekily run with the theme. This outdoor event is free.

If you’re in town during the second half of August, check out the annual Burlesque Festival, an international event that brings together the best of local talent and some big international names. Dancers, emcees, comics, singers, and variety-act performers will be doing two shows nightly at two locations, Harrah’s and House of Blues. The main event is typically held on Saturday at the Civic Theatre, featuring a classic striptease competition accompanied by a live jazz band. The winner is crowned the “Queen of Burlesque.”

This massive Labor Day extravaganza started in the 1970s and is now considered one of the biggest draws to the city after Mardi Gras, Jazz Fest, ESSENCE Festival, and the French Quarter Festival. The popular festival celebrates the LGBTQIA+ culture and attracts participants from all over the world. Southern Decadence usually kicks off (and closes) with a midnight dance party at its 24/7 hub, Bourbon Pub/Parade. A free show/block party on Saturday is held at the corner of Bourbon and St. Ann Streets. The annual Southern Decadence Grand Marshal Parade on Sunday also ends up there. The theme is different every year. You can buy passes, including VIP, online to access the events that charge an entrance fee and may sell out.

September brings a lot to the table in New Orleans, and Fried Chicken Festival is one of the many highlights. Held at the New Orleans Lakefront, the fest features several outdoor stages for music and cooking demos. Expect celebrity chef cameos, dozens of well-known fried chicken vendors coming from all over the region, VIP and chill lounges, and cooking and eating contests. Daily tickets, weekend passes and VIP options are available.