Have a New Orleans Summer

January 30, 2023
by FrenchMarket
in
Alder Hotel Uptown New Orleans Things To Do in New Orleans 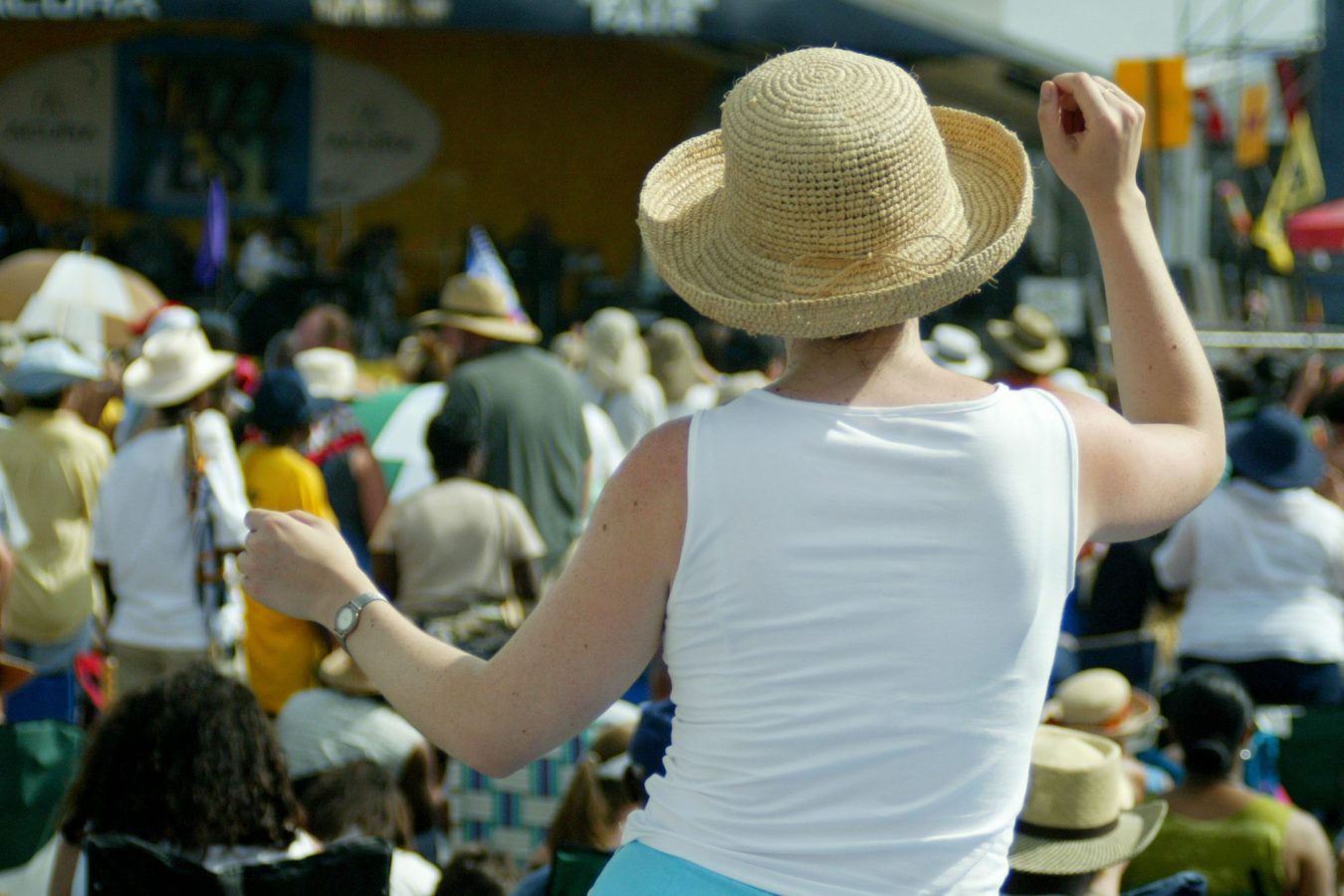 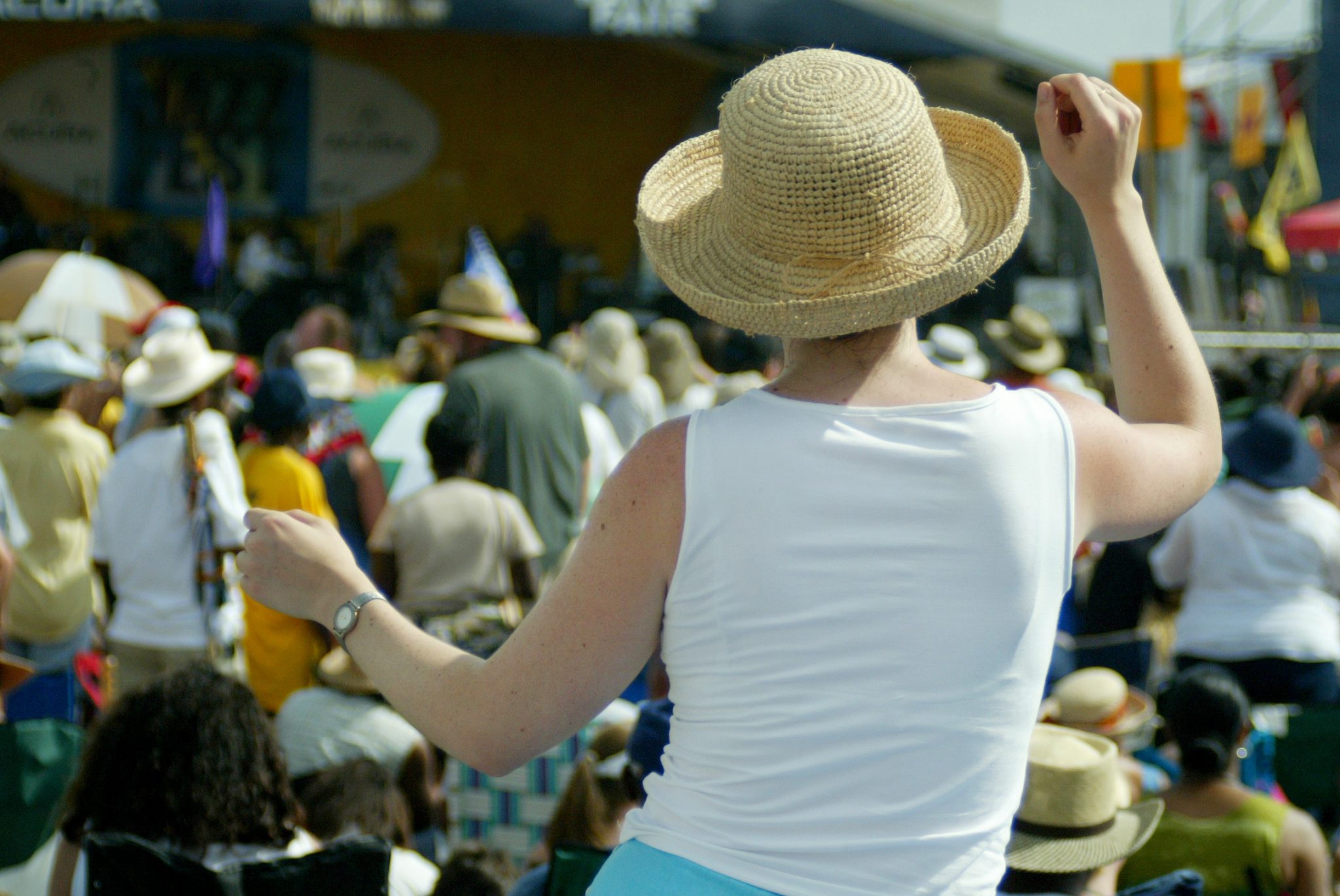 In the summer hotel rates are at their lowest, and there’s plenty to do indoors and out. Even in the heat and humidity, we are happily eating, drinking, dancing, mingling, strutting, and even running. From brass bands to block parties to parades to running in a fancy dress, there’s something going on every weekend. Here’s what you shouldn’t miss if you’re in New Orleans this summer.

Start off with a lovely, smaller French Market Creole Tomato Festival (June 11-12, 2022; 2023 dates TBA) that celebrates the arrival of the beloved Creole tomato. In its 36th year in the summer of 2022, the free festival features two stages for live music (French Market and Dutch Alley), kid’s activities, and vendor booths with all things creole tomato (think fried green tomatoes, sandwiches and Bloody Marys).

Produced and presented by the New Orleans Jazz & Heritage Foundation, the free Louisiana Cajun-Zydeco Festival (June 10-12, 2022; 2023 date TBA) features top Cajun and Zydeco musicians from New Orleans and Acadiana on two stages at the Louis Armstrong Park, plus a big art market, cooking demos, and numerous food options from local vendors, with emphasis on Cajun and Creole food. Past festivals were headlined by Grammy winners (and festival regulars) The Lost Bayou Ramblers and Grammy nominees Dwayne Dopsie & the Zydeco Hellraisers.

Every year, the Independence Day weekend is spectacular as usual, filled with special events, fireworks, and — this being New Orleans — great food and music. Kick off the festivities with Go 4th on the River celebration, a free Dueling Barges fireworks show over the Mississippi River at the Riverfront.

Gear up for the best in R&B, hip-hop, jazz, and blues with ESSENCE Festival (June 29 – July 3, 2023), held at the Caesars Superdome and the Convention Center. Beyond the concerts held each night of the fest at the Superdome, the free daytime activities at the Convention Center include motivational seminars, beauty and style presentations, celebrity interviews, cooking demonstrations with top chefs, and lots more. The always-impressive music lineup included in the past such big acts as Brandy, Missy Elliott, Sheila E., Mary J. Blige, Nas, Pharrell Williams, Timbaland, and more.

Running of the Bulls brings Encierro to New Orleans on July 8-10, 2022 (2023 dates TBA), except the bulls are the Big Easy Rollergirls. San Fermin in Nueva Orleans pays annual homage to the world-famous Encierro of Pamplona, Spain, running through the CBD starting at the Sugar Mill.

Celebrate the French National Day in America’s most French city during the annual Bastille Day block party on Friday, July 14, 2023, in the 3100 block of Ponce de Leon Street in the city’s historic Faubourg St. John neighborhood, adjacent to Esplanade Avenue. Live music and kid-friendly events abound, while dozens of local vendors present their food and drinks, many with a French flavor.

Some of the best restaurants and bars in town celebrate Tales of the Cocktail on July 23-28, 2023. Since 2002 the festival has grown from an annual walking tour of historic New Orleans cocktail bars into a series of dinners, tastings, seminars, and more. (It went virtual during the pandemic and is now a hybrid experience.) Expect over 300 events crammed into six days, including the always-popular “best of” Spirited Awards and many cocktail-themed parties.

Satchmo SummerFest (August 4-5, 2023), named so after one of Louis Armstrong’s nicknames, started as a tribute in 2001, on Armstrong’s 100th birthday. It has been traditionally held on the first week of August and marked by strong attendance. The three-day festival is held at the New Orleans Jazz Museum at the Old U.S. Mint at the foot of Esplanade Avenue., and will have music all weekend on its two outdoor, tented stages. Other events will include a Sunday morning Jazz Mass at the historic St. Augustine Church in Tremé, seminars and film screenings, kid’s activities, and a second-line parade.

The Dirty Linen Night (Saturday, August 12, 2023) usually follows the White Linen Night on the second Saturday in August. It’s similar in format, though looser in structure and spanning more territory. Although Dirty Linen Night does riff off White Linen Night, it wasn’t created to compete with the Warehouse District event but to promote the many galleries and shops of Royal Street. The multi-block party takes over the 200-1000 blocks of Royal Street and some cross streets and adjoining areas in the French Quarter, including Jackson Square and Dutch Alley. Many galleries in the area participate every year, plus a number of shops and restaurants.

The Red Dress Run (also on Saturday, August 12, 2023) isn’t exclusive to New Orleans, but the local participants take it up a notch by costuming on top of wearing their best and/or most outlandish red dress, regardless of gender. This is an annual fundraiser run for local charities organized by hashing groups (adults-only, non-competitive social running clubs) all over the world. They call themselves “drinking clubs with a running problem” and the local group is no exception. Any adult can participate with registration, and the run traditionally starts at Crescent Park, though the route will not be publicized until the day of the run.

The incomparable Southern Decadence festival (August 31 – September 4, 2023) is traditionally held on Labor Day weekend. It started as a going-away party in the early 70s but is now considered the fifth-largest event in New Orleans. This massive four-day festival celebrates the LGBTQIA+ culture and attracts participants from all over the world. Every year, most activities are centered in and around the French Quarter, with lots of block parties and dance parties at bars and clubs on Bourbon Street, plus two parades.

There’s no better time to try out an award-winning restaurant or revisit the old favorite than August, thanks to the annual COOLinary program. COOLinary was conceived by New Orleans & Company (formerly the New Orleans Convention and Visitors Bureau) as a promotion to lure diners to local restaurants in the slower summer months — the month of August especially — during which restaurants all over the city offer discounted dining deals. The deals follow the same format every year: the reasonably priced prix fixe three-course dinner and brunch menus and two- to three-course lunch menus. Participating restaurants run the gamut from the iconic high-end to super casual with everything in between.